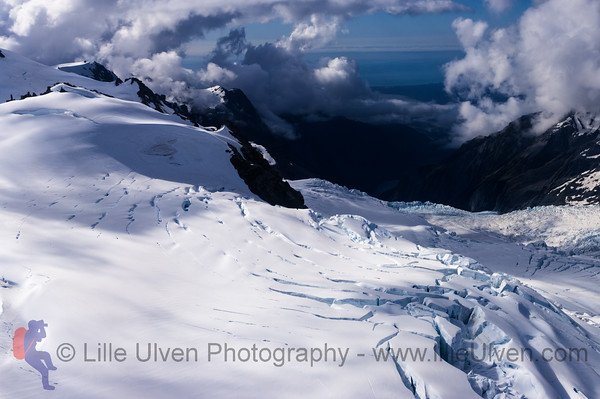 Scandinavian-based photographer Wiebke Schröder pedalled her way around New Zealand with Natural High in 2013. Here she shares her experiences, her favourite spots and her tips for keeping camera gear safe on the road.

Where did your cycle tour take you?
My tour took me all the way from Auckland on the North Island to Christchurch on the South Island and included a couple of transfers by bus and ferry. So I had a chance to visit some places of Maori heritage like Te Puia with its volcanic areas, mud pools and geysers and Tongariro National Park, as well as the glaciers of Franz Josef and Fox on the west coast of the South Island and Fiordland with Milford Sound. So pretty much some of the nicest spots across New Zealand – even though I still have some open on my bucket list.

How long were you biking for in total?
The organised part was a 15-day bike ride with two days for sightseeing in Wellington and Queenstown and I added one more ride before meeting with my group in Auckland, where I rode my bike up to Mount Eden.

What was your favourite place? (Or places if hard to pick one!)
Is it possible to have only one favourite place in New Zealand? To me, it seems to be some sort of collection of favorite places with a few in between areas where you can relax from being stunned from what you’ve just seen. But ok, favourite spots… 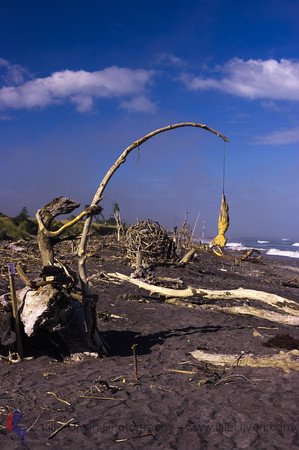 Tongariro National Park for the mountains.
Rotorua / Wai-O-Tapu for the volcanic experience (even though I must admit that I don’t miss the smell, just the photos that I could have taken if I had the time).
The Driftwood Art and black sand in Hokitika.
The Crown Ranges – a kind of reward after climbing continuously for 40km from Wanaka on my bike.
Franz Josef Glacier.
Fiordland.

Did you encounter any problems/mishaps along the way?
The Natural High bike mechanic in Auckland – Andrew from Scotland at the time – fixed my bend derailleur hanger upon arrival, so a problem sorted before it could cause any trouble. And I am still thankful to him that he figured I had mounted my saddle post the wrong way.

At one point, on a right turn, my chain came off and I could not get out of my click pedals fast enough and I had a car behind me. Thankfully the driver was observant and I got out of it without an accident.

And a couple of times I was close to dehydration or was dehydrated – not the best feeling in the world, but thankfully it never reached the dangerous degree. So really just small stuff.

Can you tell us about your choice of gear. And how do you keep your photography gear safe (and dry) while cycling?
I brought my own hybrid bike – a Hard Rocx Cross Machine C4SL, 27 gears and V-brake – with me, just to be 100 per cent certain I had a good bike that fitted me right from the start.

I use an Ortlieb Ultimate 6 classic attached to my handlebar for my camera and the phones. And a Vaude Aqua Back pannier bag to hold rain clothes and spare lenses as well as filters and spare batteries.

Plus I have a Garmin GPS mounted to my handle bar – if not for finding the right route then for saving the GPS data to later add it to the photos.

The pannier and handlebar bag are waterproof already and so far I haven’t had any trouble with that. So the keeping it dry factor is not an as big issue. Of course, in pouring rain I just don’t take those things out of the bags to start with – which only gets impractical if your last granola bar is in the same bag as your camera and it’s pouring cats and dogs… no food! Additionally the camera has like 72 seals against water, so it can handle some rain, not that I would want to deliberately try it but I wouldn’t give it up right away if there was some moisture in the bag.

And for keeping it safe from crashes I have some padding for the handlebar bag and an insert from another camera bag that fits the pannier bag. So should my bike just fall over the photo equipment should survive – unless bigger forces are used.

What do you love most about cycle touring?
I like the challenges that come with it – like have I trained enough to be able to do that climb from Wanaka to Crown Range and pushing myself to the limit and above what I thought to be the limit.  But I also like the freedom that comes with it. If there is a nice sight somewhere along the road I’m usually able to pull over, take some photos and jump back on. If I were in a car I would have to find a parking spot or I wouldn’t see it because I would be focusing on driving the car too much. And not to mention the freedom of not thinking – it’s just me, my bike and my camera (and possibly a travel companion and friend).

Can you tell us a little about your photography business and life in Scandinavia?
I am a semi-professional photographer and have published two books about the New Zealand bike ride as well as a couple of calendars since I started taking this more seriously in 2013. I have been photographing for almost 36 years now. So my bread and butter is at this point paid for by my work as a database developer.

Lille Ulven is a nickname or trail-name that I have been given by a fellow New Zealand bike traveler after apparently having had 17 steaks and a whole pizza – it means “little wolf” and incorporates more than just the amount of food I can inhale.

You really cannot mix Sweden, Norway and Denmark together when it comes to cycling. In Denmark and Sweden, they have a long cycling history, so you’ll find bike paths and new bike paths are being built. In Copenhagen, I am more afraid of being run over by a cyclist than I am afraid of being run over by a car. And well Denmark is rather flat – compared to Norway – which is why it’s sometimes referred to as pancake country.

In Norway you will find so-called gravel bike paths up a mountain or in areas where, if you start your bike ride too late in the afternoon, you’ll not get to a place where you can get dinner that day. Not to mention Norway has real mountains: steep with narrow roads and no shoulders for cyclists.

So while you would have no big trouble finding roads to use a road bike on in Denmark, if you wanted to cycle in Norway, you would really need at least a cross if not a mountain bike.

Where would you like to visit/cycle next?
There are a couple of places that I want to go to. Starting this year I will cycle a bit – just a few hours – in northern Denmark. Next year I have plans to visit Tennessee again and maybe I’ll have the chance to cycle the Natchez Trace and a round in Cades Cove in the Great Smoky Mountains. And then I do want to do a four-week bike ride in Ireland.

But dream tours: if I can somehow find a way to make that kind of money, I would like to come back to New Zealand to stay at least three months, cycle as much as I can and stay at some places a little longer to enjoy the locations.

If you’d like to see more photos from Wiebke’s trip, check out her website: www.lilleulven.com. She also has 2015 and 2016 calendars of her New Zealand bike trip available for sale online. Head here for previews. 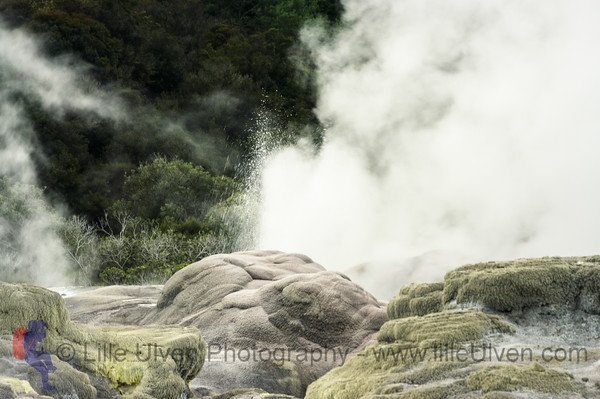