Hop Aboard the TranzAlpine: One of the World’s Great Rail Journeys 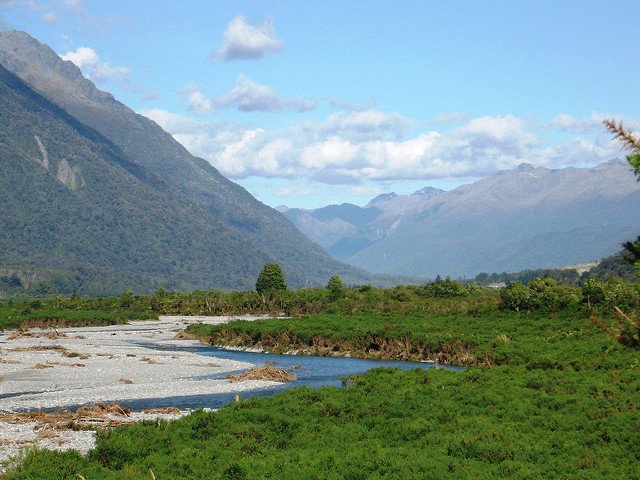 When gold was first discovered on the South Island’s west coast in 1863, hundreds of east coast settlers wanted in on the action. But something rather large stood in their way: the high and often hostile peaks of the Southern Alps.

Travel across this mountain wilderness wasn’t impossible – Maori had been transporting pounamu (jade) across the Alps for many years, and European shepherds had been grazing sheep in the mountains since the mid 1800s.

But as hordes of gold-seekers, pack horses, cattle and sheep reduced the regular route west to little more than a mud slurry, it was clear that the rough bridle path was in desperate need of an upgrade.

In February 1864, surveyor Arthur Dobson and his brother Edward set off in search of a new route through the Alps. After much exploration, they decided that the only option was to cut a road through a steep and rocky pass occasionally used by Maori hunting parties. This was later named Arthur’s Pass.

Around 1000 men toiled through a harsh winter, using only hand tools, rudimentary rock drills and explosives, to form a metalled road. Once the road was open, a stage coach service swung into action. The journey from Christchurch to Hokitika took 36 hours in good weather, and could be delayed more than a week in anything else. From 1907, the rail link from east to west was slowly built from each side, with the through line opening in 1923.

Today, the train ride from Christchurch to Greymouth takes just under five hours and is considered one of the world’s best rail journeys. Sit back and soak up the breathtaking variety of scenery, from the fertile farmlands of the Canterbury Plains to the spectacular peaks of the Southern Alps. Stay alert for the plunge through the Otira rail tunnel, an epic engineering feat through 8.5 kilometres of rotten rock, and watch out for more panoramic vistas on the western side of the Alps – vast sweeps of podocarp forest and gleaming Lake Brunner, fringed with cabbage trees.

A trip aboard the TranzAlpine is a feature of several of our all-inclusive cycle tours, including our 5-Day Road Cycle Tour Christchurch to Christchurch, our 9-Day Christchurch to Queenstown Tour, and our new Best of Both Tour, which we’ll be profiling in more detail over the next few weeks.

Get in touch if you’d like to chat about any of these tours. Have a great week,
Steve