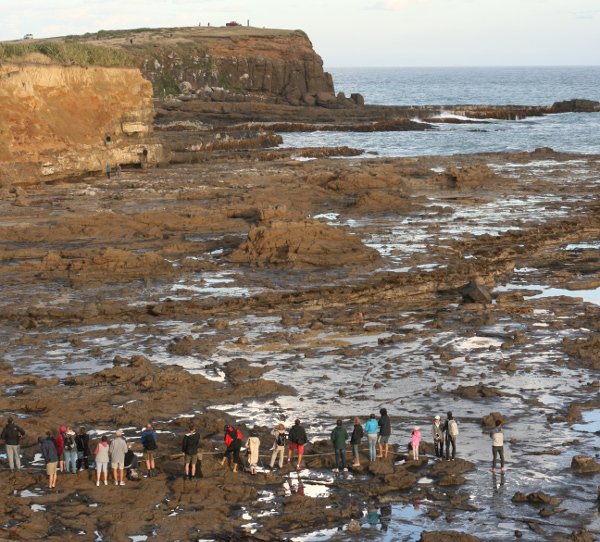 New Zealand’s shores are regularly graced by three breeds of penguin: the Fiordland crested penguin, the yellow-eyed penguin, and the little blue penguin. If you’d love to catch a glimpse of these memorable creatures, put the following three places on your itinerary:

Curio Bay, Catlins
A number of yellow-eyed penguins (also known as hoiho) nest in the area around Curio Bay, and can frequently be seen waddling in from the surf at the end of a long day. These are one of the rarest penguins in the world with an estimated total population in New Zealand of between 6000 and 7000. They are very timid birds, so if you are lucky enough to spot one, keep your distance. Curio Bay is also home to Hector’s dolphin, fur seals, and sea lions, as well as the fossilised remains of an ancient forest. The viewing platform overlooking the forest provides a good vantage point for wildlife watching.

Cycle options:  6 Day Self Guided Catlins Coast Tour. This tough tour will take you from Dunedin to Invercargill, via Bluff. Prefer guided? Our 7 Day Queenstown to Christchurch Road Cycle Tour includes a stop at Curio Bay.

Akaroa, Banks Peninsula
Little blue penguins can be spotted right across New Zealand, but the largest mainland colony can be found in Flea Bay, on the Banks Peninsula. Due to the sensitive nature of these animals, only guided groups are taken into the breeding colony. Pohatu Penguins offers a variety of different tours. The best time for viewing is between the end of August to the end of December.

Cycle options: Our 3 Day Self Guided Banks Peninsula Cycle Tour gives you ample time to lock in a tour with Pohatu Penguins.

Munro Beach, near Lake Moeraki
The Fiordland crested penguin or tawaki, is one of the rarest of New Zealand’s mainland penguins and therefore much harder to spot. One option is to head to Munro Beach, near Lake Moeraki, 30 km north of Haast. A walking track leads from Lake Moeraki to the beach, and guided tours are conducted from the Lake Moeraki Wilderness Lodge. Fiordland crested penguins can also be seen in Milford Sound and at Jackson Bay. The best time of year to see tawaki is during the breeding season from July to November, and they can sometimes be seen during the moulting season from mid-January to early March.

Got questions about any of these tours? Don’t hesitate to send us an email.

P.S. Both our Auckland and Christchurch branches will be closed over the Easter weekend. We’ll be away from 5pm on Thursday 29 March until 9am on Tuesday 3 April.