A Coast to Coast Experience 30 Years in the Making 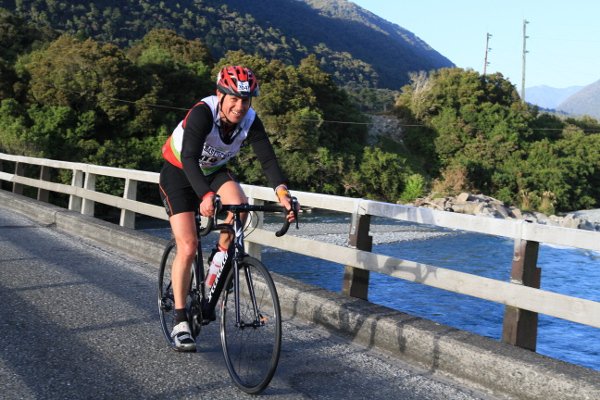 When Kenneth Short crossed the finish line at this year’s Coast to Coast, it marked the fulfilment of a 30-year goal. Travelling all the way from his home in Hawick, Scotland to compete in the iconic race, here’s his story.

Why did you decide to take part in Coast to Coast?
I first became aware of Coast to Coast at its conception in the early 1980s when I watched a documentary about it on television here in Scotland. I immediately thought “That’s for me!” This set me off on a 30-year multi-sport path until I eventually had the skills, time and cash to fulfil this dream. This was my second attempt at the Coast to Coast having failed to finish in 2017 due to a bad kayak choice!

Have you participated in any other multi-sport events or races?
Many! I started doing triathlon in the early 80s, then began adventure racing in 1996, adding fell running to my sporting loves in 2007. Notable events include 70 Wild Miles Glencoe (12 times), Ironman Germany, Scottish Coast to Coast, Irish Coast to Coast, Celtman (twice), The Heb, Loch Gu Loch, OMM UK (6 times) and OMM Iceland.

Which category did you compete in?
I think you call it “classic” over there: 50+.

What was your favourite part of the race?
Apart from crossing the finish line? Haha! I loved the mountain stage – it’s such an iconic part of the event. Wild, rough and committing!

Did you encounter any problems or mishaps along the way?
Nothing serious. I went over three times in the kayak but my roll is good so managed to get back up each time. I opted for a large bumbag for the run instead of a rucksack which was an error, and I forgot a cycling top for the final bike so had to do it in my bib… the result was a badly burned lower back!

The most disappointing mishap was my wife and only support, Mandy, got lost on the way into Christchurch… meaning she wasn’t there at the finish. I would have loved to share that moment with her as she had been part of the whole journey. It is a massive effort to support at the Coast to Coast – I believe the competitors have the easy part – and she has done it twice now without a single complaint. 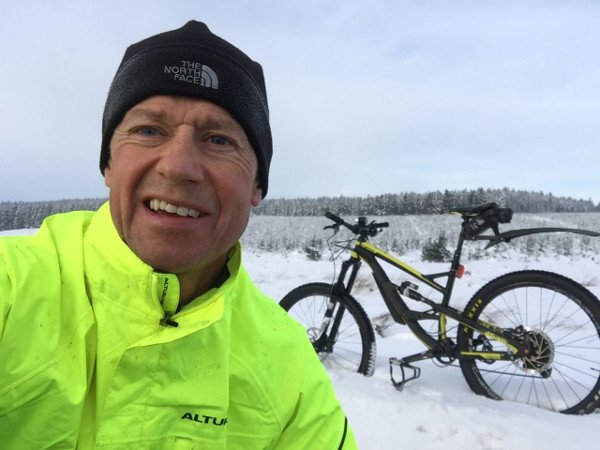 What was your training schedule like in the run up to the event?
Living in the northern hemisphere means training for this race in the winter. This year in Scotland the weather was appalling, with continuous low temperatures and lots of snow. This made road biking impossible, so I had to train on a mountain bike. Once I sorted out five layers of clothing, thick gloves, hand and foot warmers etc it wasn’t so bad! I love running over the hills in the snow so that was okay (until it came to my waist!), but the biggest issue was kayak training. The loch I use was frequently frozen over and difficult to access due to blocked country roads. It is also really important to get fast-flowing river experience for the Coast to Coast – but any swim would potentially be life threatening in the freezing temperatures so bombproof rolling was motivation to say the least!

It really helped that I had bought a Barracuda Enigma from PaddlerZone in Christchurch and shipped this over to Scotland (after the disaster of jumping in a super tippy boat in 2017 with no river practice!), so was able to train in the boat I would be hiring for the event.

My training started in earnest in November. I was relatively fit coming off our own summer season, so it was just a case of training specifically (long bikes, hill running and kayaking on loch/river), progressively increasing the time/distance until mid January, then a taper to the event.

What bike did you use? Did you feel it was a good fit and why?
You need an incredible amount of gear for the Coast to Coast and the logistics of organising this along with the whole trip to New Zealand is very complicated. I therefore decided to hire my bike from Natural High. They were brilliant. I opted for a Specialized Tarmac carbon bike which was absolutely perfect. Steve had a brand new bike ready for me – the fit was perfect and I had zero issues with the bike either on the lead up to, or the event itself.

I can’t thank Steve enough for his help when I arrived to pick the bike up – we were straight off a 26-hour flight and having issues at the hire car pickup, I needed a bit of help and Steve and Claire were just brilliant. It was the same after the event – I was heading out the next day and Steve went out of his way to make life easy for me by collecting the bike from my hotel. First class.

Although the bike legs on the Coast to Coast are relatively short (about 150km in total spread over three legs) the cumulative tiredness of these events makes it really important to have a comfortable bike. Carbon bikes reduce road buzz and the geometry of the Tarmac was perfect for me. Definitely on the shortlist for my next bike!

How did you feel when you crossed the line?
Crossing the line was emotional. A very good friend of mine had encouraged me for years to get out to New Zealand for the Coast to Coast. Niall Renwick – mountain biker, climber, skier and all round good guy lived in Queenstown for 20 years and was my support along with Mandy for the 2017 race. He was lined up to support me again in 2018, but a returning illness meant that he couldn’t do so. We knew this illness was terminal. Sadly, Niall passed away whilst I was on route to New Zealand. My thoughts at the finish line, as they had been during the whole race, were about Niall and the great time we’d had together the previous year.

Thanks, Kenneth for sharing your experiences. If you’re inspired to take part in a multi-sport or cycle race, you’ll find a roundup of some of New Zealand’s most popular events here.

P.S. Don’t forget, we have high performance bikes available for hire for multi-sport, triathlon or bike races. Check out our full range here, or get in touch to discuss your options.