Your Guide to Cycling Middle-Earth 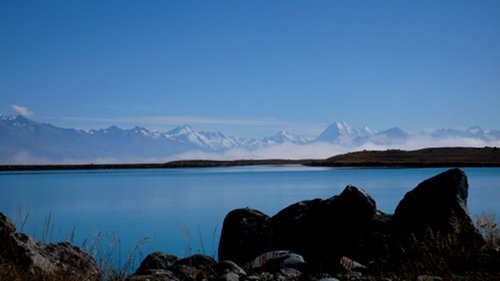 If you’re a Tolkien fan, a trip to New Zealand wouldn’t be complete without seeing some of the extraordinary landscapes used in The Lord of the Rings and The Hobbit movies. If you’re also an avid cyclist you snag an extra bonus… because many of these locations are best enjoyed from the saddle of your bike. Here’s where to head:

Hobbiton, Matamata
The gently rolling hills of The Shire were – as in Lord of the Rings– filmed at Hobbiton, near Matamata. The set remains open for visitors and a two-hour guided tour lets you peek at the Hobbit Holes and enjoy a drink at the Green Dragon™ Inn.
Cycle options: Campers can park up at the Opal Hot Springs and Holiday Park in Matamata. From there, it’s a 21km cycle ride along rolling country roads to Hobbiton.

Turoa, Ruapehu
The rocky slopes and grassy tussock of Turoa was the setting for Hidden Bay, the entrance to the Lonely Mountain in The Hobbit: The Desolation of Smaug.
Cycle options: Ohakune Mountain Road. A 16.5km downhill ride from the top of Mountain Road (and the Turoa skifield). You can choose to stop off on the way down to take in the spectacular Mangawhero Falls, walk the Waitonga Falls track or just admire the (lonely) mountain views.

Twizel
The alpine scenery around Twizel was used in both The Hobbit: An Unexpected Journey and The Lord of the Rings Trilogy. The Battle of the Pelennor Fields was filmed in a remote Twizel field.
Cycle options: The second section of the Alps 2 Ocean Cycle Trail runs between Braemar Road and Twizel. It’s a 42km, Grade 2 ride that follows the eastern shore of Lake Pukaki and offers spectacular views towards the Southern Alps. Park up in Twizel and ride the section as a roundtrip.

Lake Pukaki, Mount Cook
The vibrant blue waters of Lake Pukaki was used as the location for Laketown in The Hobbit: The Desolation of Smaug.
Cycle options: Ride the Tekapo Canal Road from Lake Tekapo to Lake Pukaki (or vice-versa). It’s 31km of easy riding along a well-prepared track. On a clear day the views of Aoraki/Mount Cook are spectacular.

Queenstown
When Bilbo and The Company depart Rivendell in The Hobbit: An Unexpected Journey, they’re making their way through Earnslaw Burn, a stunning valley of waterfalls close to Queenstown.
No cycle options for this one but you can walk the Earnslaw Burn Track: it takes 4-6 hours one way and can be tackled as a daytrip or an overnighter. You’ll find the start of the track on the left bank of the Earnslaw Burn on the Glenorchy to Paradise Road, 20 minutes from Glenorchy. Be aware that the track can be tricky to find in places and the river crossing to get to the bivvy spot is dangerous in heavy rain. This track is not recommended for young children. Shorter, more accessible day walks can be found here.

Fiordland National Park
Both The Hobbit and The Lord of the Rings filmed in the Fiordland National Park. Remember the scene where The Company flees the mountains on the backs of eagles in The Hobbit: An Unexpected Journey? That was shot against the backdrop of this stunning National Park.
Cycle options: Bikes aren’t allowed on any of the tracks within the National Park, however several road routes provide scenic biking opportunities. These include Borland Road, off the Southern Scenic Route between Clifden and Manapouri, and the Te Anau to Milford Sound road (120km).