Traditional Kiwi Tucker to Keep you Pedalling for Longer 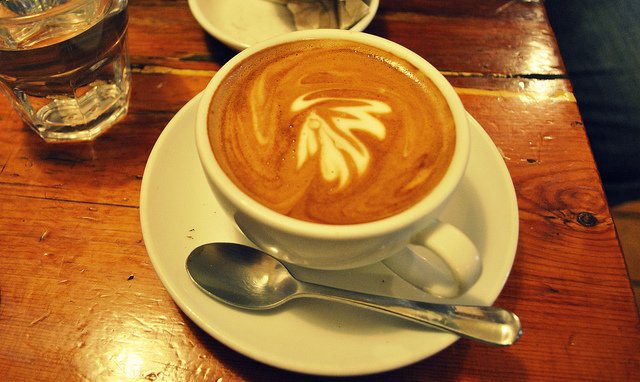 Food never tastes better than after a few hours in the saddle. Here’s a selection of classic Kiwi fare that’ll help keep your motor running when you’re out on the road:

The humble pie
You’ll find this delicacy in any bakery in any town – they’re cheap, substantial and delicious. Popular fillings include steak and cheese, mince and cheese and bacon and egg. While you’re in the bakery, you may as well pick up a sweet treat for later. Lamingtons are a good choice. The Australians like to claim these coconut-covered square sponges as their own invention, but Auckland University reckons a collection of 19th-century watercolours by New Zealand landscape artist JR Smythe prove otherwise – the Lamington (originally called a Wellington) originated in New Zealand. Other confections worth a bite: ginger crunch, caramel slice or a freshly-made muffin.

A flat white
Not technically food but since caffeine is a must when you’re biking and Kiwis are serious about their coffee, the flat white deserves a mention. It consists of a shot (or two!) of espresso and steamed milk. If you’re thinking that sounds a lot like a latte, there are two crucial differences – flat whites have a more velvety texture and are served in a cup, not a glass!

Fresh seafood
You’ll find seafood on the menu just about everywhere. Look out for green lipped mussels in Marlborough, crayfish / lobster in Kaikoura, Akaroa salmon in Christchurch, whitebait fritters on the West Coast and Bluff oysters in Bluff. And you can’t beat a feed of fish and chips at the end of a big day in the saddle! Freshly caught snapper, terakihi and hoki are the most common types of fish used. Switch things up with a serving of kumara (sweet potato) fries.

A scoop of hokey pokey
Hokey pokey is the nation’s favourite ice-cream – it’s vanilla with pieces of honeycomb.

Hāngi
This is the traditional Maori method of cooking food. A deep hole is dug, lined with red-hot stones and covered with vegetation. The food – chicken, pork, lamb, potatoes, kumara and other vegetables – is placed on top, sprinkled with water and sealed with more vegetation. The hole is then filled with earth and left to steam for several hours, producing a meal with a rich, succulent flavour. You won’t find hāngi on the menu at regular cafes and restaurants but many tourism experiences offer a hāngi meal, especially in Rotorua.

If you’re a keen foodie, put the following on your agenda:

The Wildfoods Festival in Hokitika. Usually held in March.

The Great Taste Trail in the Nelson and Tasman region. Easy cycling with lots of great cafes, breweries and vineyards along the way.

Bluff Oyster and Food Festival. Held in Bluff every May.