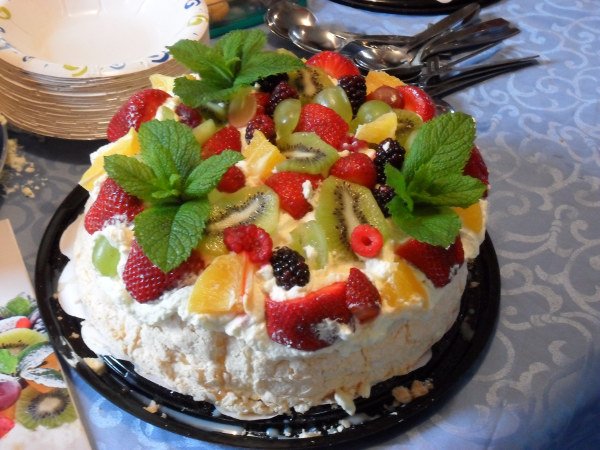 Christmas in New Zealand is less about snow and roaring fires and more about beach, barbeques and summer holidays. Never experienced a southern hemisphere Christmas before? Here’s what to expect.

For many Kiwis, Christmas signals the start of the long summer holidays. Schools close from late December until the end of January, and most families take their big summer break over this period. Camping is a popular option, and campsites close to beaches and lakes are usually full to the brim at this time of year.

Despite the summer heat, Christmas dinner is still a roast with all the trimmings for most people, although barbeques are also popular. The dessert of choice is nearly always pavlova – a sticky meringue topped with fresh whipped cream and summer fruits.

The “pav” has been the subject of much squabbling with Australia over the years, with both countries “claiming” the dessert as their own. Turns out, we were both wrong – new research suggests it actually started out as a German torte, before travelling to the US. Whatever its origins, it’s still delicious!

And while there may be greenery aplenty outside, most households still decorate a Christmas tree. Look out though, for New Zealand’s other Christmas tree – the glorious crimson-covered pohutukawa tree, which bursts into bloom around late December.

So, if you’re down under for the festive season this year, slip into your jandals, slap on the sunscreen and have yourself a sun-soaked Christmas time. And if you’re shivering in below-minus temperatures, perhaps it’s time to put a Kiwi Christmas on your wish-list?

Have a happy, safe Christmas, wherever you are in the world,
Steve