5 Reasons To Visit The Catlins 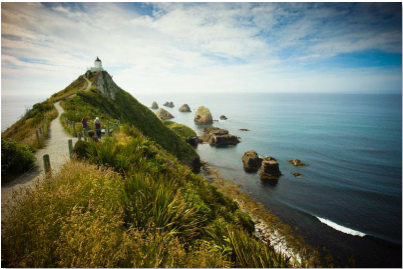 Nestled between Dunedin and Invercargill at the very bottom of the South Island, the Catlins is a remote and beautiful region, filled with forests, bays and scenic reserves. Here are five reasons to pay it a visit.

Nugget Point
This dramatic spot is home to one of New Zealand’s most spectacular old lighthouses, built in 1869. Fur seals bask on the rocks, alongside Hooker’s sea lions and elephant seals (the only place on the New Zealand mainland where these species co-exist). Visit just before sunset, and pay a visit to the hide at Roaring Bay, where you can watch yellow-eyed penguins coming ashore.

Wonderful waterfalls
The cascading, multi-tiered Purakaunui Falls are said to be among the most-photographed in New Zealand, and can be easily reached via a short bush walk. Other falls worth a look include Mclean Falls, in Catlins Conservation Park, and Matai Falls, 18km south of Owaka.

Secluded beaches
Isolated, rugged beaches are dotted all over the Catlins. Curio Bay is famous for its “petrified” or fossil forest, which is 160 million years old. This is also a good spot to watch yellow eyed penguins coming ashore after a day at sea. From Curio Bay, take a short walk to Porpoise Bay, where you might catch a glimpse of the endangered Hector’s dolphins playing in the surf during summer months.

Quirky attractions
There’s some eccentric folk living in the Catlins. Like Blair Somerville, the owner of The Lost Gypsy Gallery in Papatowhai. This interactive art gallery, filled with “self-wound automata and things that go whirr” attracts a steady stream of international visitors every summer, and has even beaten Te Papa to the title of Best Museum and Gallery in the Rankers travel awards for the last three years. Another attraction worth a look is Owaka’s Teapot Land, run by Graham Renwick. His collection of more than 1000 teapots, can be visited for free.

Challenging riding
Remote settlements, big distances and even bigger hills – riding the Catlins is for fit, experienced riders only. The main route through the Catlins (called the Southern Scenic Highway) is now sealed, but many side roads are windy, gravel affairs. Cycle tourists will need to carry their own food and water as the distances between towns are large, and will need basic bike maintenance skills.